Following the acquisition/merger of the EMI group by Thorn, the company was re-branded Thorn EMI Datatech. Although still successful during this period, the Thorn-EMI marriage was an unhappy one, the low-tech mass-market business of Thorn sitting uncomfortably with the more creative, high-quality EMI electronics businesses.

The advent of digital electronics was a challenge for data recording. The award of a contract by NASA, codenamed Jupiter,  to develop and manufacture digital recording equipment for ground stations to receive satellite earth observation data led eventually to the development of the SE9500 formatter, a set of sophisticated electronics that de-multiplexed the high data rate (50Mbps!) to allow multiple simultaneous tracks to be recorded, then re-multiplexed on replay to reproduce the original data stream. The success of these products led to selection by ESA for the ERS-1 groundstation programme and many other digital recording applications in military, aerospace and instrumentation industries. 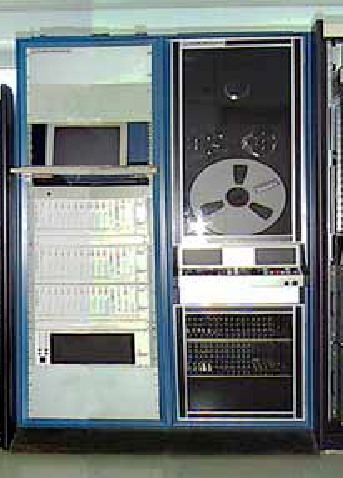 A glossy Capability brochure from 1986

Inseight Bulletins were quasi-technical applications info, designed as marketing material for the range of products made by SE Labs/Thorn EMI Datatech. Although listed under SE Labs and Thorn EMI Datatech separately, they are part of a sequence and were probably just reprinted when the name changed.

This Space magazine reprint from 1988 give a good background into the satellite recording activities.

Thorn EMI Datatech in Feltham also contiued to innovate. The Liberator has some claim to be the world’s first laptop word processor.